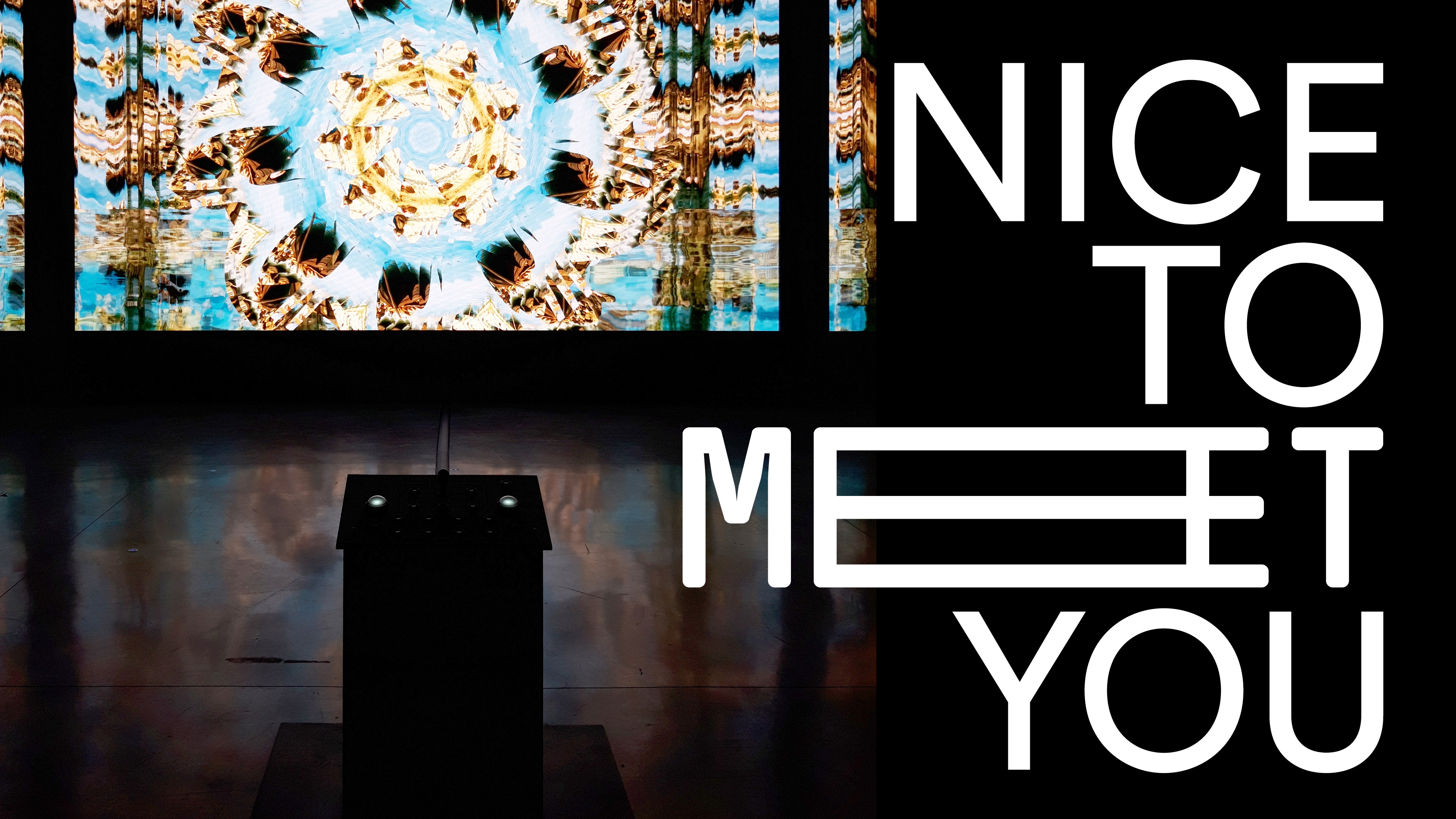 Nice to MEET you is an art program to greet Malpensa’s airport transit passengers with the best of Italian digital creativity.
Promoted by SEA Milan Airports and curated by MEET Digital Culture Center, the Nice to MEET you project is an invitation to discover Milan’s never-ending hustle on a 12 meters LED videowall at Terminal 1 “Porta di Milano”.

MEET has created and curated the show, taking inspiration from the works of four Italian artists who use digital languages to experiment with new expressive processes: from the kaleidoscopic generative art of Streamcolors to the real-time data visualisation of fuse*, from the immersive sound design of Chiara Luzzana to the visionary animated images of Carlo Stanga.

In showcasing the best of Italy’s digital art to an international audience, ‘Nice to MEET you’ will be casting Milan into the scene of the big international creative cities: a dynamic, ever-changing city that speaks contemporary languages and experiments with new urban imagery.

From December 2019 to December 2020, 4 different original artworks will be displayed to promote and disseminate how digital technologies can be empathic and inspirational. The works of the other selected artists will alternate every three months till the end of 2021.

Here you find the upcoming Nice to MEET you program:

Streamcolors – December/March 2020
An interactive installation of the most iconic places in Milan: the Duomo, the Galleria Vittorio Emanuele, the Scala, the Navigli, the Castello Sforzesco and the skyline. It is an overview of the history of the city  transformed into works of contemporary digital art which, through iconographic references. As an “exchange” from ancient or recent paintings and photos, Streamcolors generates an imaginative future with the digital eye of the machine and the aesthetic taste of each traveler.

fuse* – April/June 2020
Latentscape is an audiovisual installation that draws inspiration from the concept of latent image in the photographic field: the invisible imprint left by the light on the film which is revealed only after its development. In a similar way, the data generated by the inhabitants of the city of Milan and its visitors generate abstract digital landscapes sent by a path of their analysis and interpretation in real time. The data thus represent an invisible image of the city, a map of what is not manifest and which is revealed in Latentscape.

Chiara Luzzana – July/September 2020
24 hours in the life of Milan, chronicled by the audio samples that turn into the city’s soundtrack. For years, the artist, an international sound designer, has been travelling all over the world with its “The sound of the city”® project, collecting sounds, noises and voices from every city and turning them into visionary soundtracks. A solo journey, that of Chiara Luzzana, with the microphones she loves to build, her video equipment, an over 20 kg backpack and one mission: turning the sounds of every city into the soundtrack of the world.

Carlo Stanga – October/December 2020
Animation art that showcases the plentiful architectural, cultural and human riches of Milan in a dreamy, visionary journey. An endless discovery, indoors and outdoors, in squares, theatres, offices, subways running through a decorated underground. Images and animation blend into a dreamy metaphysical story. Milan finds itself again and unleashes its ebullient vibe in a crescendo of sounds and images.

We’re looking of digital creators. Are you?

If you are under 35, you are a artist or a professional who uses technologies as an expressive language, read this post. And just apply to our Call for ideas

The Call for Digital Creators, the Training Days, Meetups and Artistic Residences in companies. These are the ingredients of the MEET project with Assolombarda

How did the idea of a Pixar exhibition in Milan come about? The exhibitionwas conceived by John Lasseter and Elyse Kleidman, director of the University of Pixar and the company’s archive. The idea is to present the “behind the scenes” of Pixar, all that stands behind the screen and that not everyone knows: the drawings, […]