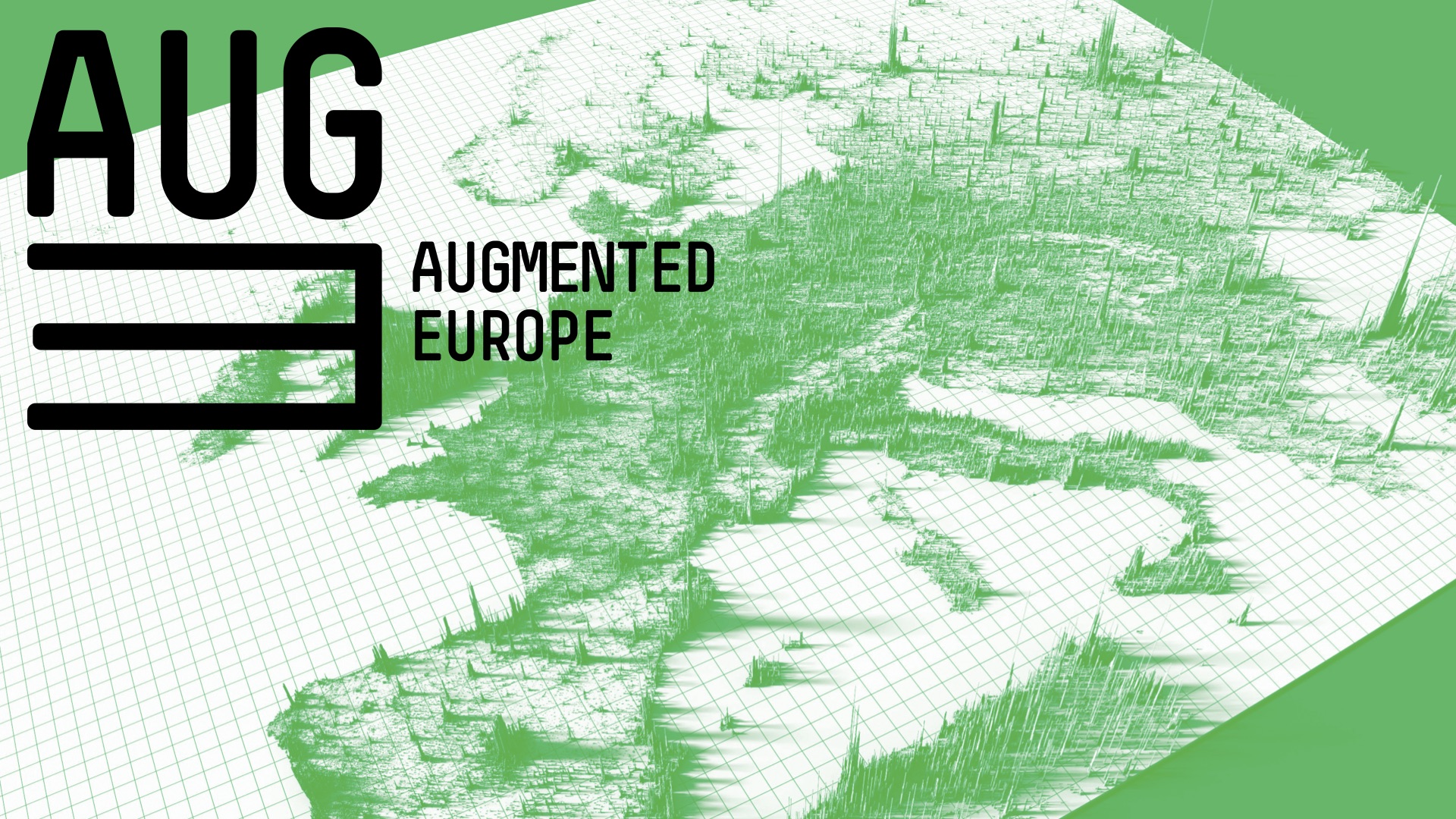 AugE | Augmented Europe  aimed at enhancing the impact of digital technologies and digital creativity for the active citizenship and active participation of a huge number of young people to the political debate about the future of Europe, allowing the sharing of innovative ideas for a joint creation of a new EU awareness, and a renewed sense of European belonging.

How an augmented Europe could meet young generation going beyond cultural and physical barriers?

2. The connecting cities: it’s aimed at building up a connected infrastructure of media facades and projection sites to circulate artistic and social contents, also enabling citizens to participate directly in co-creation of contents

With this aim 3 Ideathon  in each city (Milan, Berlin, Riga, Thessaloniki) – between October 2020 to May 2021 – involving about 140 young people each (n. 50 onsite + 30 online from the three partners’ cities) has been organized . The Ideathon’ setting allowed  a collaborative design with the active participation of a group of 16 young people in each country that has been trained on social media casting to then support the Ideathons to be augmented.

Indeed, beyond the involvement of the foreseen number of participants each lab involved a higher number of young people from each country, thanks the impact of social media.

Each Ideathon focused on a European challenge as a glue of a common vision/dream for the future Europe, as well as a goad to drive the active participation: Climate change/Diversity and social inclusion/ Beyond Nationalities: Connecting People and Places/Youths, future and startups.

Each Ideathon has to be seen as a chapter of a unique transnational event where each hackathon builds the others, for a sole European narration that enhanced as main content of the last event.

Indeed, on 14th June 2021 a co-creation event – through inter-connected cities – enhanced the results of the SHs using creative/artistic languages that involved actively citizens and policy makers.

Here you can find the info template.

MEET is a Regional STARTS Center

Our center is part of the network to disseminate the connection and cross-fertilization of Science, Technology and Arts

Making Europe a better place by “prototyping” new ideas, solutions and innovative policies on inclusion, equality and diversity. This is the goal of the AugE project. On Wednesday, December 9th (11.30 am – 5 pm) the Berlin Ideathon in a virtual form was held. A team of facilitators managed the work and the co-creation process […]

INNOCULT. An Open Call to Media and Content Industries

Do you work in media or content industries? INNOCULT is the project for you. It is a European initiative, co-funded by the European Commission Directorate-General for CNECT, dedicated to fostering digital innovation in these industries. INNOCULT partners are expert organizations from Spain, Italy and Portugal: Etopia, the center for art and technology based in Zaragoza; […]

For an inclusive Europe: The Milan Ideathon

Making Europe a better place by “prototyping” new ideas, solutions and innovative policies on inclusion, equality and diversity. This is the goal of the AugE project. Under 30 y/o, from Milan, Berlin, Riga and Thessaloniki met  On Tuesday, November 10th (10 am – 5 pm) during the Ideathon Milan in a virtual form. A team […]