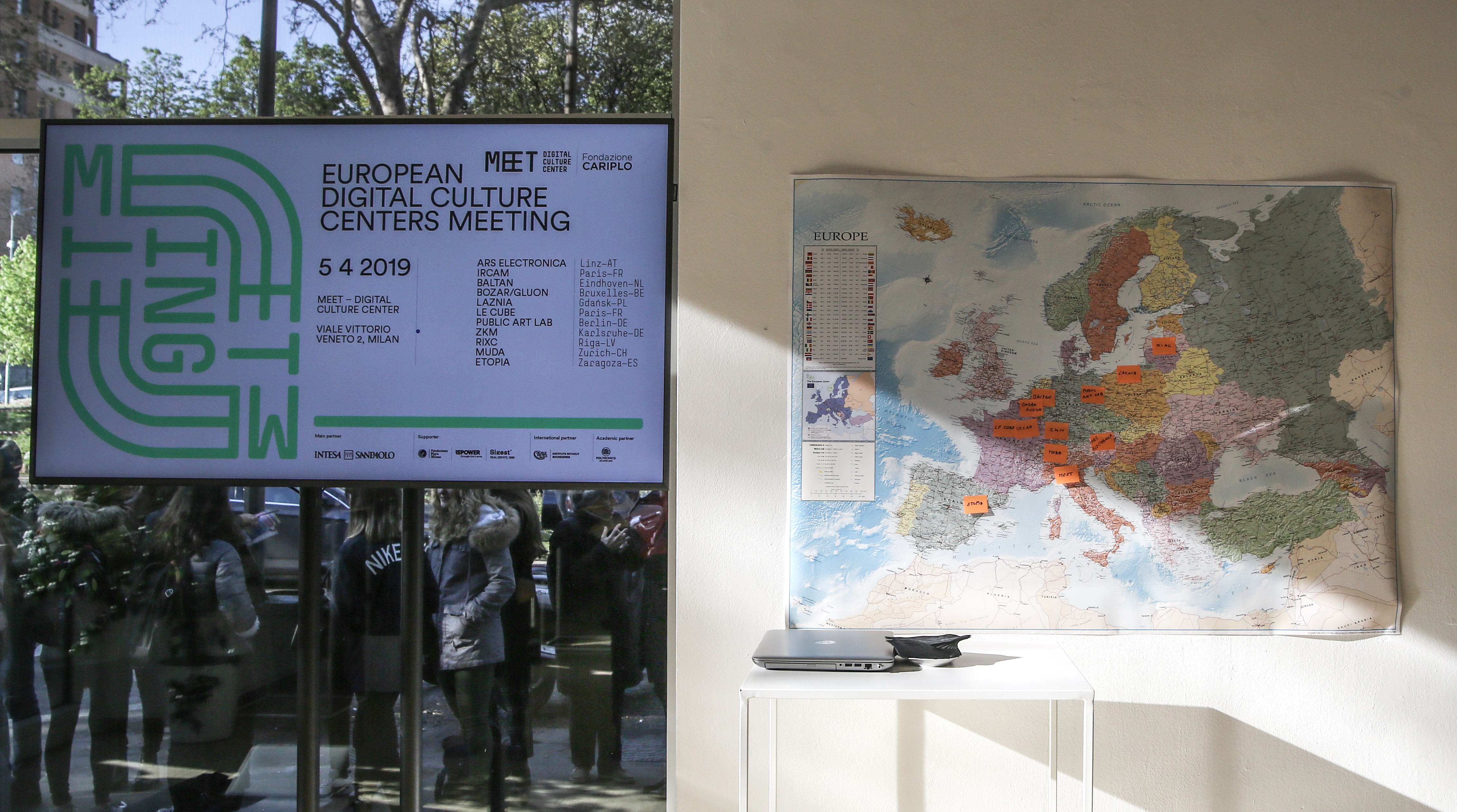 MEET is officially part of the S+T+Arts network, thus becoming one of the Regional STARTS Center in Southern Europe. The Milan digital culture centre will devote its efforts to become the Italian hub of a larger process in progress throughout Europe in order to allow cooperation between artists, scientists and firms and to support inclusive and sustainable digital technologies and projects.

MEET participated to the call for proposal with a project called Unleashing creativity for European industry, regions and societytogether with: Bozar, the most important Belgian Fine Arts hub Bozar; the Austrian institution Ars Electronica, a veteran in the research on digital technologies in Europe; the French start-ups ecosystem La French Tech; the German Cinema University Babelsberg Konrad Wolf and the Greek collective Made Group, specialised in digital creativity.

As regards Italy the project approved by the European Commission requires educational activities designed for teenagers and young adults, knowledge diffusion initiatives and exchange experiences between creative sector workers and small-medium enterprises interested in mixing arts with technology in the innovation processes.

S+T+ARTS is an acronym: Science, Technology and Arts and it is an initiative promoted by the European Commission to stimulate the cooperation between artists, scientists and enterprises and develop a sustainable and creative use of the digital contents. Europe already sees MEET as the Italian voice in an international network, this is the second step of a process started on April 5 with the MEETing of the European centres of Digital Culture, with 12 organisations from 10 European countries participating.

Our center for digital culture is the host of a Kepler’s Garden. Hybridizing life experiences is the topic we tackle. Discover the program here

Making Europe a better place by “prototyping” new ideas, solutions and innovative policies on inclusion, equality and diversity. This is the goal of the AugE project. On Wednesday, December 9th (11.30 am – 5 pm) the Berlin Ideathon in a virtual form was held. A team of facilitators managed the work and the co-creation process […]

MEET is a Regional STARTS Center

Our center is part of the network to disseminate the connection and cross-fertilization of Science, Technology and Arts

12 Regional S+T+ARTS Centers from different countries have set out to address the unintended consequences of steadfast technological development contributing to the European continent’s present social, economic, and environmental challenges. To repair the present, the EU’s economy must be transformed and adapted for the sustainable future we all want. The Regional S+T+ARTS Centers focus on […]