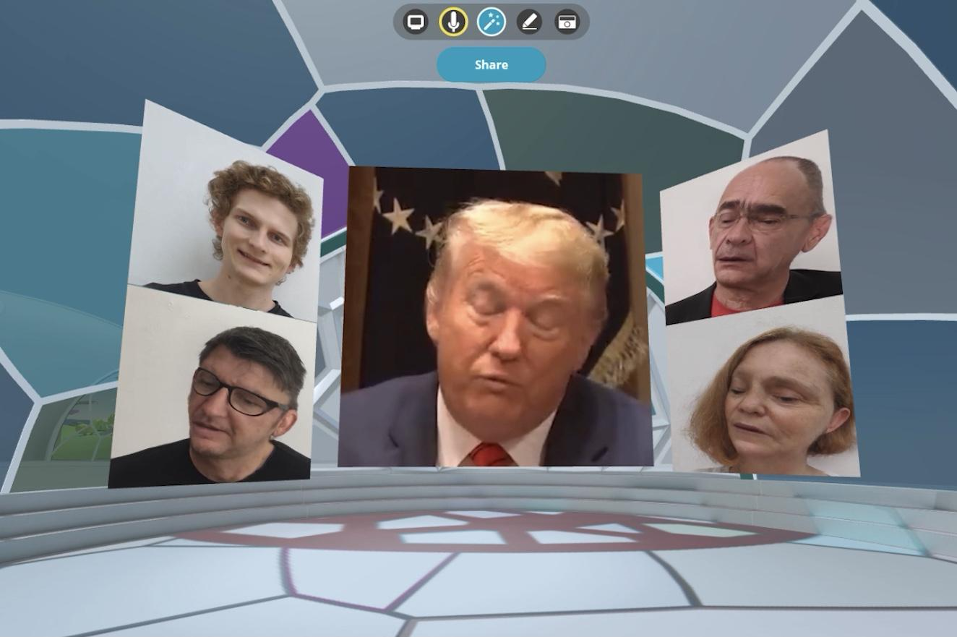 Tamiko Thiel/p, who is based in Munich, has for 30+ years created media artworks exploring the interplay of place, space, the body and cultural identity in political and socially critical artworks. She was also the Lead product designer for Connection Machine CM1/CM2 A.I. supercomputer (1989) which was the world’s fastest computer. Her first virtual reality work was created 1994-1996 as Starbright World producer & creative director in collaboration with Steven Spielberg. She has a long engagement with art and technology and is considered an early pioneer in this area.

For Synthetic Corpo-Reality, Ms.Thiel/p created a deepfake AI called Lend Me Your Face. In the AI installation artists Tamiko Thiel/p rendered deepfake videos from single photos of participants. The visitors’ faces were mapped to videos of prominent public figures and then displayed on a variety of video screens. The visitor is confronted with a very personal encounter of how the most intimate and yet public part of the self, the face and the emotions it expresses, can easily be manipulated and placed in contexts out of their control.

What is it like to live in a Hyper-world? Close your eyes and imagine a space whose boundary between the real and the virtual is dissolved, a place where the invisible world of databecomes visible and permeates our daily life. You are not the protagonist of Steven Spielberg’s futuristic film Minority Report; you are in […]

Moving in VR with Ariella Vidach. A workshop

Moving in VR is workshop led by choreographer Ariella Vidach, co-founder of the contemporary dance company Ariella Vidach – AiEP. Participants are guided through the discovery of movement in virtual reality from a remote location. After creating their own avatar they experience what it means to move in a virtual space and learn a simple […]