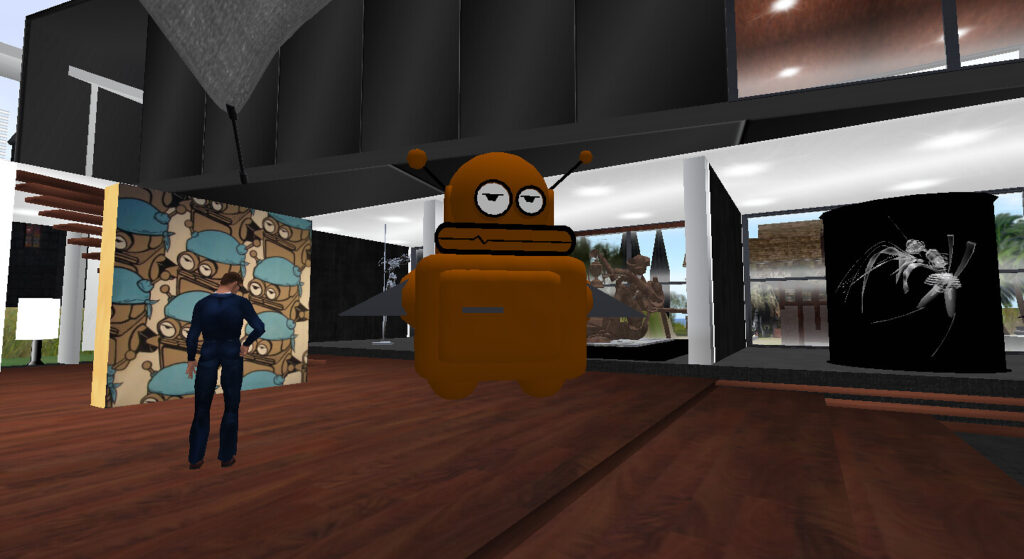 Immersiveness in art is understood as a technology that allows us to have an enveloping perception of it, visually more fulfilling than in “frontal” viewing, or perhaps it would be better to say framed within a frame that defines its limits, and thus a way of fruition.

And it is precisely fruition that is the key with which to interpret the meaning and fascination with immersiveness acts upon us; it is in this mode that a new aesthetic and a new language is developing.

The Immersive Art Table: from virtual reality to metaverses and beyond aims to map the expressive currents that are designing new ways of creating art, as well as new ways of engaging audiences.
Starting from the exploration of the latest technologies, and bearers of new languages, the artists propose various directions and interpretations for a “digital experience” that is increasingly multisensory, participatory, and total.

The different declinations of immersive art, synaesthetic narrative forms, and different languages will be explored: from VR, AR, and XR installations – with or without interface tools – to the transfiguration of space through video mapping, data visualization, Artificial Intelligence, to the creation of works and environments for metaverses.

FilmMakerFest is a festival created to bring international cinema to Milan and from the city to the rest of the world, always trying to remain open to new collaborations, voices and relationships between audience and theater. They have always supported free and independent cinema from a formal and productive point of view, holding close that […]

The growing importance of digital communication tools has always been accompanied by a dearth of places dedicated to education that were able to highlight their inclusive potential. At least until now. In Italy, the digital gap – that gap that separates those who are used to navigating between technology and virtuality and those who are […]

New cultural and economic models in art. Summary of work

A “stormy” discussion table, Ilaria Bonaccossa tells us in her speech at the return to the audience of the results of the work of the table New cultural and economic models in art, And it could not have been otherwise both because of the number of participants (21 professionals, institutions and companies joined by several […]

From Sept. 20-21, MEET will host the final showcase of the Creative Europe project, a European program supporting the cultural and creative sectors. Artists from the European REAL-IN. program, which aims to deepen the intersections of the cultural, audiovisual and creative sectors for immersive and interactive proposals, explored innovative technologies and languages to stage new […]