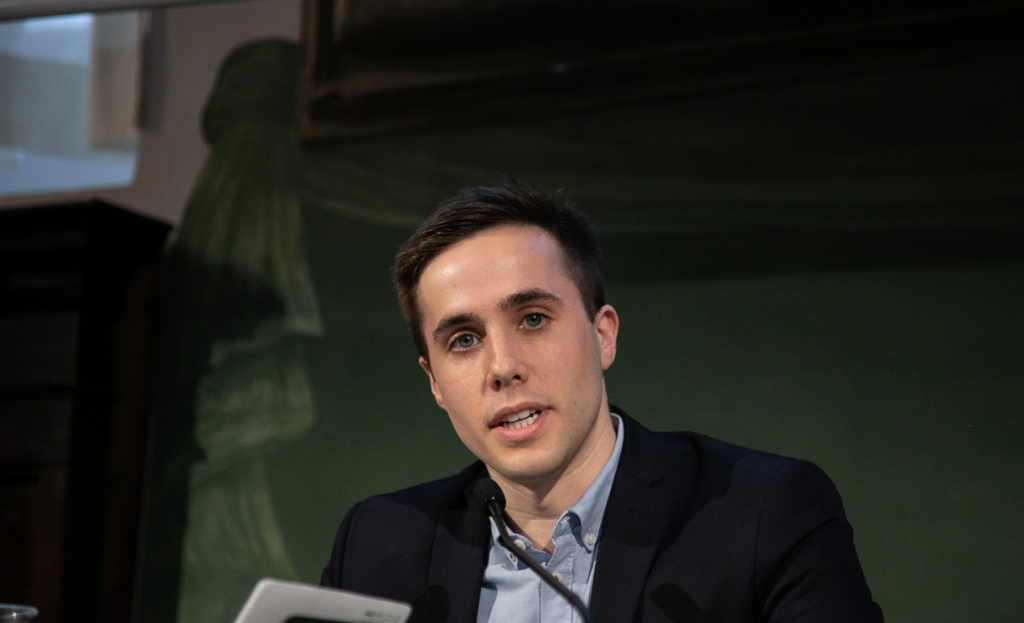 Science in the storytellingart,the future of journalism, editorial boards and new technology: these were the topics addressed by  Francesco Paulo Marconiat the meeting hosted by Meet the Media Guru in partnership with Accenture and Digital360. Watch the lecture.

Assuming that the Digital Transformation is not just a technological phenomenon but above all a cultural approach, the R&D manager of the Wall Street Journal reiterated that the new technology, first and foremost Artificial Intelligenceand Machine Learning, has changed lots of industries, including journalism.

At Museo della Scienza, on April 9th, in front of 350 people, Marconi described the pillars of change: the role of Artificial Intelligence and Learning, the new role of journalists as scientists and information officers, Automated Journalism and Augmented Journalism as new ways of doing information. Let’s find out more:

In a world in which the media provide endless nuggets of news and different ways of receiving news, the key to compete is making a difference. One of the tools that can bring us closer to such goal is Artificial Intelligence.

In people’s imagination, Artificial Intelligence is a set of super-brains that can think just like humans. For Francesco Paulo Marconi, it is the human-machine interaction, the understanding of such relationship, and the ensuing results. “The boundaries of information are blurred”, Marconi claims. Using Artificial Intelligence in the world of journalism and in editorial boards is prompted by the need to sort out a market that churns out news from different platforms that compete in the same space: papers against radios, digital information against social networks.

More dynamic investigative and writing processes, better stories, improved productivity, new options for getting and sharing information, but there’s more than that. Artificial Intelligence can prevent fake news, using tools that can check them quickly. “It is not algorithms that spread fake news, it is people” – Marconi goes on. How can that be defeated? “There are two factors that must be taken into account when we speak of reliability: a good education makes it easier to spot unreliable news and sources, while journalists provide readers with tools that help us understand society and make decisions. Understanding media is key to having a transparent view of society” – he adds.

The journalist’s role and human-machine cooperation

While technology evolves, the nature of journalism stays true to itself: asking questions and delving deep, with the investigative process aimed at finding the truth. It is the journalist’s job that is changing nowadays; no longer a storyteller, but an information officer, who mediates the world through different media, such as printed paper, the web, TV and radio, as different ways to convey information. Journalism means transparency and accountability: as journalists ask questions while they investigate something, they should also question themselves about the direction they are taking, even ethically: “There’s no such thing as Artificial Intelligence and Machine Learning outside of the editorial boards that capitalise on new information, expertise and professional skills.

Just like a scientist, a journalist must be ready to try out new concepts, new technology and new tools”– Marconi states. There are two key factors that make all the difference in the world of news: whether they can generate big volumes quickly and have an impact by creating contents that cannot be found elsewhere. With Artificial Intelligence, all this is possible, but just because it is controlled by humans: “Machines will not replace journalists, but they can help them give free rein to their creativity, share increasingly compelling stories, and provide readers with greater opportunities to interact, depending on the platforms and the ways they choose for their stories. Journalism as a profession will remain central to this evolutionary process”.

While the new technology has reshaped the ways in which stories are told and news are received, Artificial Intelligence and Machine Learning have improved the quality of information. This led to the birth of Automated and Augmented Journalism: the former enables journalists to deal with repetitive actions, so they can spend more time and energy in research; the latter boosts human creativity through systems and tools that support the investigative process by shifting the direction of the story.

Image Recognition: recognition of an image by tagging its contents;

Voice Recognition: recognising fake news from the tone of voice and language;

Speech to text: real-time transcription of words from a video, a conversation or an interview;

Text to speech: receiving news from voice assistants, such as Amazon’s Alexa and Google Home.

“It is Artificial Intelligence that rules the roost today, maybe the blockchain will do as much tomorrow. One thing for sure: there can be no such thing as journalism without the advantages of science and technology”, Francesco Paulo concludes.

AI finds its way into editorial offices. And it’s not bad news

Augmented reality, algorithms and VR visors are changing the way information works. We’ll talk about it with Francesco Paulo Marconi, guru of augmented journalism. Register for the meeting

A.I. And human language. A chat with Mark Curtis

How can Artificial Intelligence and Machine Learning change the way we communicate? Let’s talk about it with the co-founder and director of Fjord

From Minority Report to Her, interfaces for Hyper Reality

There’s no barrier between thevirtualand the real: one is the continuation of the other, only in different ways. And this is coming increasingly to the fore as technology seeps into our daily lives. The recent evolution of consumer electronicsis trying to make our “virtual” experiences feel more “natural”: from Steve Jobs’ multi-touch screens to Kinectgestures(the […]

Augmented Reality? It is (also) a critical design tool